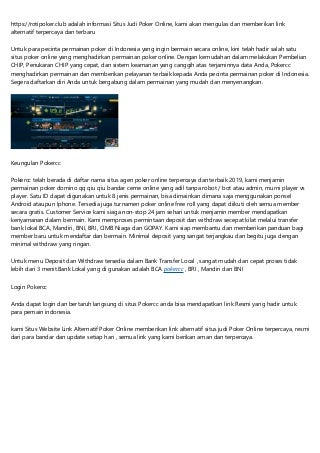 Mobile devices of today are much different from the ones used two decades ago. The requirements of individuals back then were much lesser than the individuals of this century. Today, is the era of electronic devices which operate by making use of codes, micro-chips etc. They present a creative aspect, induced through device communication, data management etc.

Mobile technology is improving exponentially because of the basic premise that mobile phones are the only devices we feel comfortable in carrying anywhere we go being communicated with one another all the time.

Some emerging mobile technologies are:

Wi-Fi: Wireless Fidelity, which has been around in mobile device for a few years now, is one of the most in-demand technologies in smart-phones. Initially, the operator carriers were the only option to access web from mobile devices. This was both slow and costly for the user. After the introduction of Wi-Fi in mobile devices, users could easily connect to home or office networks and access fast, uninterrupted internet. It virtually wipes out the cost to access the network and is much faster then using operators carrier signals.

NFC: Near Field Communication Technology, allows similar devices to communicate if they are in each others vicinity. This technology allows faster data transfer between these devices. It is used in commerce services like Google Wallet which is used for online transactions. It can be supposed as a supplement in mobile payments.

QR codes: Quick response codes are two-dimensional matrices of pattern which resemble a crossword puzzle. These patterns have information embedded in them that can be decoded using a QR Decoder which is present in mostly all Smart-phones available in the market. All the information simply floats on the browser screen of the device just by scanning the code.

Bluetooth 3.0: This technology is introduced to increase the data transfer speed between mobile devices or any other device having Bluetooth facility. Over conventional v2.0, which sends data up to the speed of 3 Mbps, Bluetooth 3.0 is able to transfer data up to 480 Mbps in close proximity and at 100 Mbps within the range of 8-10 meters. As it is backward compatible, so the devices with lower version of Bluetooth will be able to communicate with the devices with updated version i.e. 3.0.

Haptic technology: It gives a sense of actual touch to users using touch screen devices by either vibrations or motions in the device. People seem to have a perception of better typing capability using the actual buttons. So to provide the sense of buttons on a touch sensitive device gives user the natural feel of typing virtually. iOS applications and pokercc devices are a great example of the same.

Location identification: New devices introduced in market include a GPS, which enables them to locate the device and allows the user to find the directions, other locations, distance etc using various applications.

Data management through mobile has been introduced by various brands like Apple, Windows, and Google with their remote data management services or cloud based services. Mobile broadband has granted the users with blazing flash speed for data transfer using internet. 3.5G and 4G/LTE has been recently introduced in the queue of such technology allowing the user to access the web, stream videos, etc. using their mobile device.